LIFE ENTWINED WITH THE HORSE 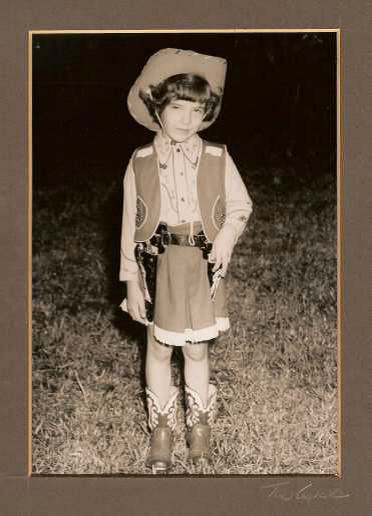 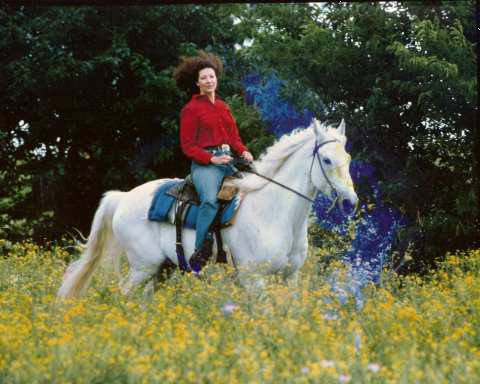 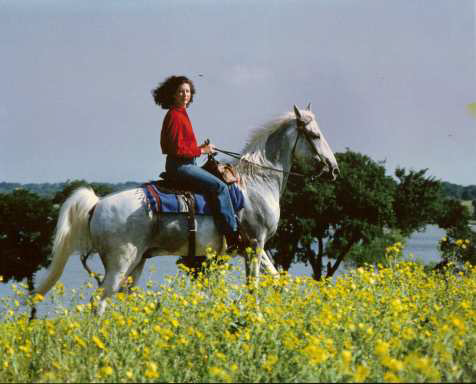 The first time I ever laid eyes on a horse, I was smitten—absolutely awestruck! I don’t remember if it was in a photo or a movie, but I remember that as soon as I could say “horse,” it was preceded by “I want.”

My father always loved horses and owned them most of his life, so he understood what the beginning of a lifelong addiction was! He learned to ride as a small child, about 3 or 4 years old, along with his older brothers, on their plow horse: no saddle, no bridle, kick her to go, say whoa to stop, tap her on the side of the neck to turn right or left. He was truly a natural horseman (or natural horse child, as the case may be) many years before anyone started calling it that. He could “read” a horse, train it to do just about anything, and never had any formal instruction.

He just figured it out by trial, error and what the individual horse was “telling” him. Mother had a mare who hated men; though dozens of men in town tried, Papa was the only one who could ride her without getting unseated after about 5 seconds! His knowledge and manner with horses have been the biggest influence in my relationships with the ones in my life.

I got my first horse for my eighth birthday—a genuine equine junkie was born! Papa taught me to ride with just a bareback pad that he made for me (so I couldn’t grab the saddle horn) and gave up his Sunday afternoon naps for years to ride with me. My horse Pete was a little Paint, and probably is responsible for that being my favorite color to this day. He was patient, calm, and as a kid’s horse should be, infinitely forgiving. Pete taught me to ride and communicate using body language. He provided the fondest memories of my childhood.

At one point in my life I went 20 years without a horse, but I always loved them deeply. I loved riding merry-go-rounds (still do), and every time I saw a horse I did everything I could to get to pet it. I lived in Washington, DC for 4 years in my late 20’s, and always managed to pet the park police horses whenever I saw the officers riding them … just like a horse-crazy little kid!

Jim Dandy, the love of my life, was the first of the equine partners in my adult life. He came with about 20 built-in spooks and was especially terrified of water. He taught me patience, improved my seat dramatically, gave me more love and trust than I could have dreamed possible. He was truly my soul-mate, I will miss his presence the rest of my life on this earth.

Then came Kelly, “Kid’s Tex Kelton,” named for his father, my father, and my surrogate father, Tex, Sr. The first horse I ever trained from scratch, he was only my partner until age 2 ½, He made it so easy, always trying to do the right thing, wanting to please and be praised. His death at such a young age was a tragedy I still can hardly believe.

But one week before he left me, I had given the breeder a MasterCard check to hold for a month in order to become Dutch’s person. He was just a baby and the most charismatic horse I had ever met (still is). Dutch was such a bold, feisty little thing who had taken a liking to me soon after he was born. I had been riding his mother Dixie while she was pregnant with him, so I literally rode him before he was born! When I took Tex, Sr. out to see this baby, he said, “Now THAT”S the horse you want!” I re-named him, honoring his mother (who was the consummate trail horse) “Dixie’s Flying Dutchman,” and boy could he fly! Fast, smooth, proud head held high like he just knew he was the hottest thing on 4 legs! Thanks to Kelly, I had the experience to train Dutch, who was more of a challenge to say the least. But he and I have been partners now for more than 17 of his 18 years. He just keeps getting better and better. If you don’t believe that, just ask him! No self-esteem problems there. He’s smart, dominant, a role model, and has a huge fan-club, many of whom I don’t even know.

So that is the history of my best friends/buddies/partners. I am who they made me, not only in my horsey life, but in all aspects of my life. There’s only one more, whose living example & infinite wisdom have helped shape me into who I am. Texas M. Oddson, Sr. was my friend, mentor, surrogate father, and go-to person whenever I needed advice, horsey or otherwise. He always had an answer to any question I had, and it was always something really simple that worked! The most important gift he gave me next to his love was the encouragement to stick my neck out and try new challenging things, defy the risk, listen to my gut feeling even when that opposes everyone else’s advice. He helped me become self-assured, assertive, and like Papa before him, to “listen” to the horse. For all of these human and equine teachers, and for who they have made me, I am eternally grateful.

LeNoir Wareing, Dutch's mother, suffered a hemorrhagic stroke on June 1, 2013. Please keep LeNoir in your heart, thoughts and prayers for a speedy recovery. Thank you in advance for helping us love and care for Dutch during this time.

Thank you for keeping everyone in our White Rock Stable family

who may be in need of prayer.

A horse gallops with his lungs, Perseveres with his heart, And wins with his character.

The essential joy of being with horses is that it brings us in contact with the rare elements of grace, beauty, spirit, and fire.